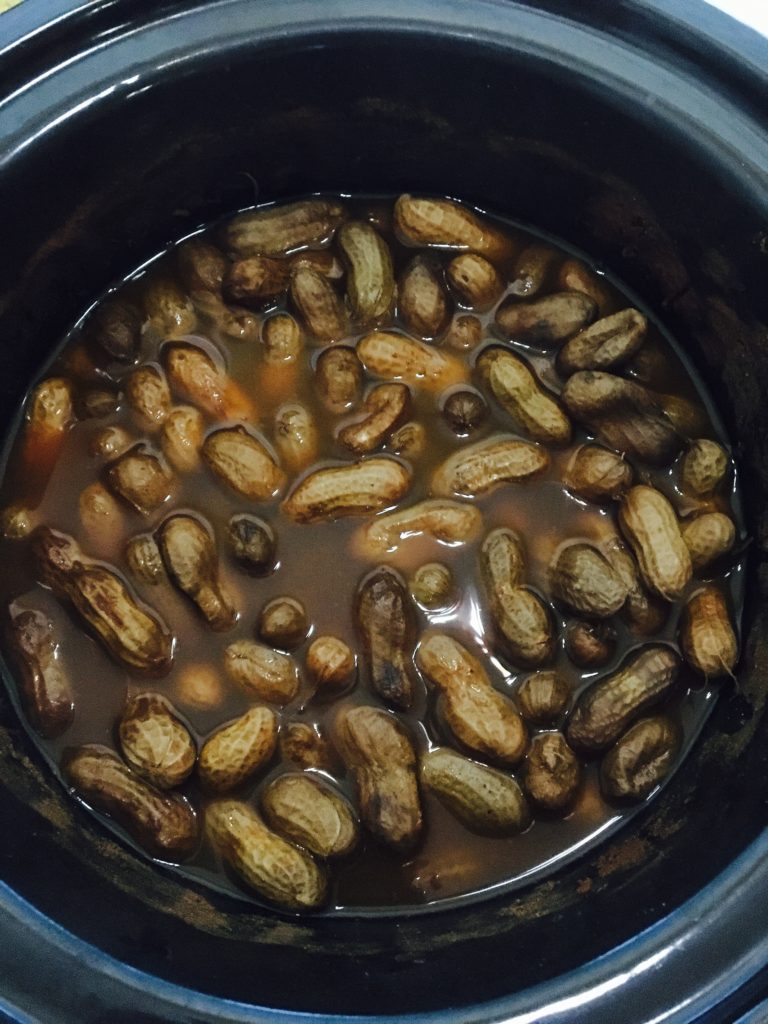 Found in season during the summer months and early fall, boiled peanuts are green or raw peanuts that are boiled in seasoned water for hours.
Peanuts came to America from Africa sometime in the 1700’s on slave ships.
During the civil war, soldiers had access to green peanuts out of the ground. Boiling them was the only way to enjoy a green peanut that was too raw to eat otherwise.
What they were doing by boiling in salt, was a preservation technique that they had been doing in Africa for centuries. It was discovered boiled peanuts would keep and not spoil. The salt works as a preservative and the boiling kills impurities and bacteria. This produced a high protein ration that could be carried by the soldier sometimes for an entire week.

Today boiled peanuts appear in rural road side stands wherever green peanuts can be found.
A neighbor friend from New Orleans shared some he prepared with Key West Spice Company’s Seafood Seasoning.
I was forever hooked on these well seasoned spicy soft goobers.
Be careful because they are addictive. So simple to make and share.

Directions:
Rinse green peanuts in cold water. Pick out any that are super dirty or soggy.
Add peanuts and Seafood Seasoning to crock pot.
Fill with water and give it a good stir.
Set on low and cook for 24 hours.
Remove from heat and drain peanuts after cooking.
Peanuts may be eaten hot or at room temperature, or chilled in the refrigerator and eaten cold, shelling as you eat them. The peanuts may be stored in a covered container in the refrigerator for up to one (1) week.
Freezing boiled peanuts: Prepare peanuts as indicated above. Drain, allow to cool, and freeze in airtight containers. They will keep indefinitely.
Share the Love! 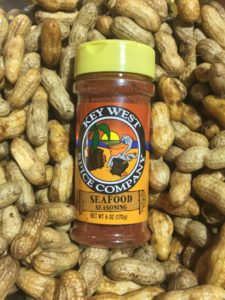 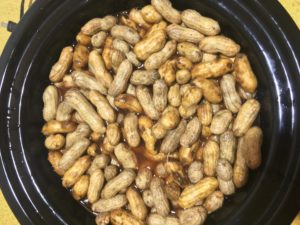 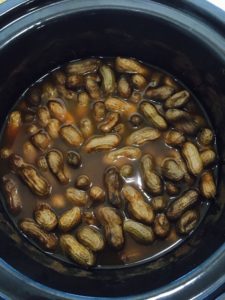 Boiled Peanuts after 24 hours on low in crock pot