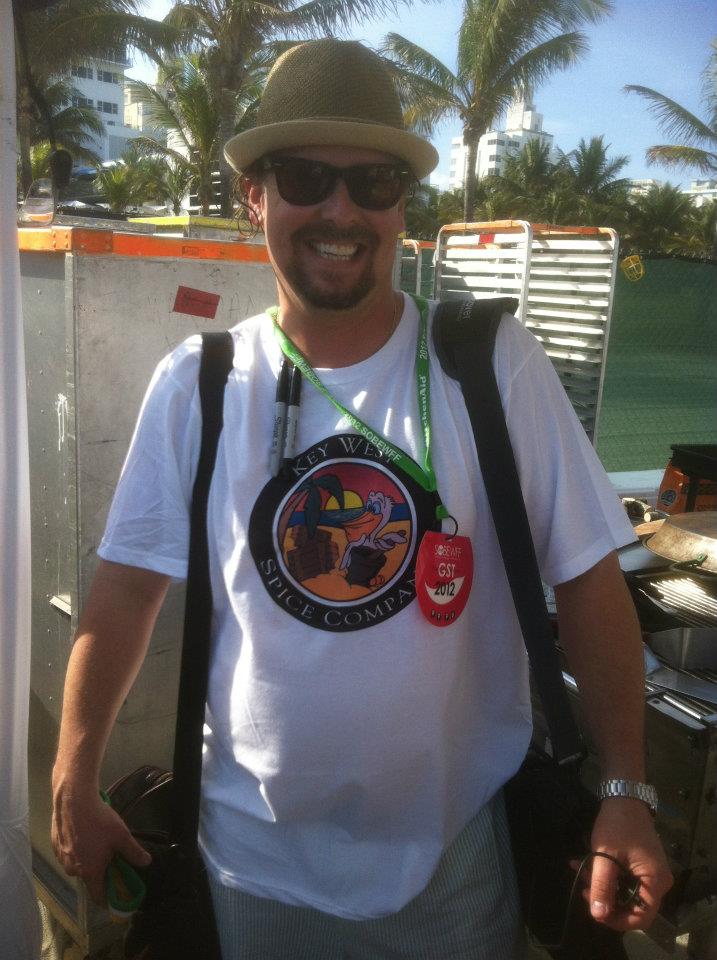 When a good friend calls and asks if you would like to sous for him for an event at the SOBE Wine & Food Festival, you say YES, and worry about figuring out exactly how later.

That’s what happened when celebrity chef/friend Craig Adcock of Belly Up BBQ and Jude’s Rum Cakes called and invited me to sous at the 2012 SOBE Wine & Food Festival’s Bubbles & Q event Friday night on the beach.

The eleventh annual Food Network South Beach Wine & Food Festival presented by FOOD & WINE Feb. 23–26 captured all the excitement and fun the Festival has been known for since it launched in 2002. More than 58,000 guests attended the event and approximately $2 million was raised for the FIU’s Chaplin School of Hospitality and Tourism Management and the Southern Wine & Spirits Beverage Management Center.

Chef Adcock’s menu consisted of 240 prime Allen Brothers tomahawk chop 7” bone in ribeyes, Seafood Paella, and Jude’s Rum Cake.
Fortunately we were not alone, FIU provided 4 students to aid in preparing and serving for the event.
The event was my personal favorite over the 4 day festival.
Plenty of champagne was on hand for the huge risotto style paella that was prepared over peach wood. The paella consisted of shrimp and grilled lamb sausage.
All together over 1,000 event goers got to experience Chef Adcock’s creations.
It’s was a great event, so if you ever get the chance to go, don’t pass it up. 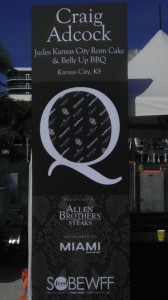 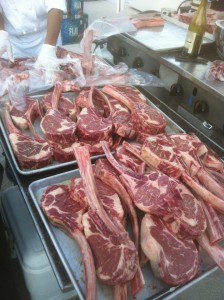 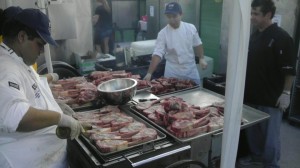 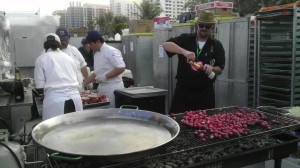 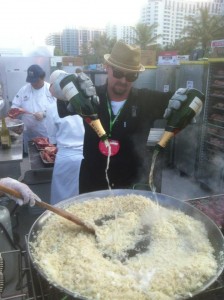 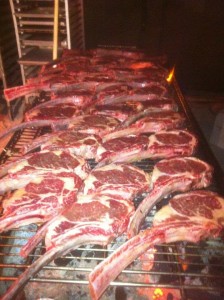 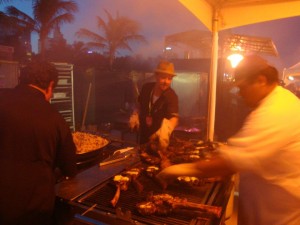 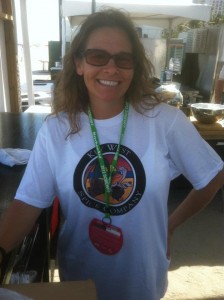